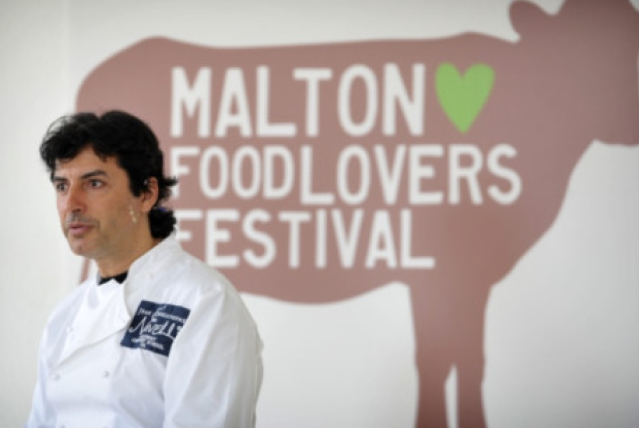 Last Friday was given over to building a cookery theatre at The Milton Rooms in Malton. This was to be one of the main attractions at The Malton Food Festival. We had supplied a handsome cream Falcon 1000 deluxe Dual Fuel cooker for the event. 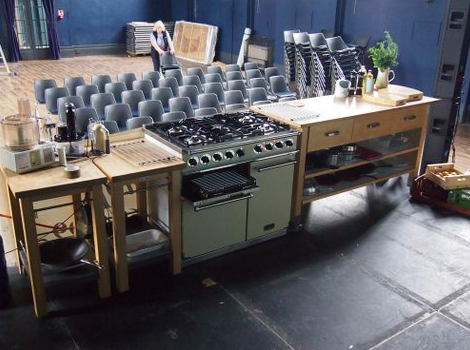 On Saturday morning the festival opened under grey skies and drizzling conditions. However, the weather did little to dampen our spirits and the cookery theatre provided some top class cookery demonstrations with seats for over 200 people to watch and question the celebrity chefs cooking their favourite dishes. 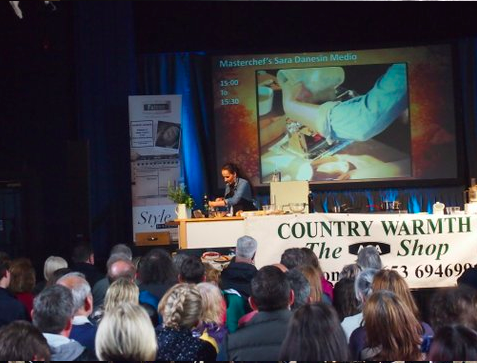 Many of the chefs then decamped over to the recently opened Malton Cook School in nearby Saville Street to tutor groups of students on a more personal level. There was much interest in the new school with people signing up for courses taking place throughout the year.

We were thrilled as we have lent the cookery school four new cream Falcon continental cookers. They are cookers with exceptional pedigree, being used in both professional kitchens and commercial restaurants. They are well engineered cookers mixing style and function well. 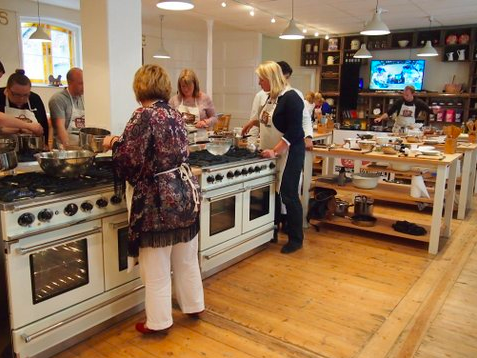 We also took the Country Warmth show trailer with the latest Aqua coloured AGA on display. Plus the new range of iconic textiles. Along with a full compliment of Mrs Madden’s Aprons. We had lots of visitors to the stand and we enjoyed a busy if not damp weekend.

There were hundreds of stands selling all sorts of delicious goodies. Some of our favourites were lobster from ‘What a Catch’ and some awesome pickles and preserves from Erica Jane.

There was vodka, beer of all varieties, cakes, breads, sausages, delicious homemade burgers and much much more!