WHAT A DIFFERENCE A WEEK MAKES! 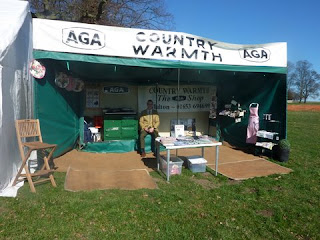 Blue skies, sunshine and balmy temperatures made for a fabulous day out at the Holderness Point to Point. Situated in the majestic parkland at South Dalton and running on ancient turf we had the perfect weather for steeplechasing.  Speaking of steeples the spire on Dalton church must be one of the most easily seen ‘steeples’ in the whole county of North Yorkshire. 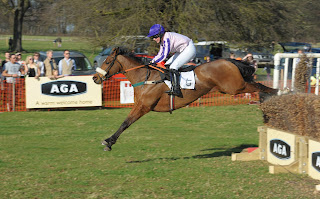 Today the racing was around the park rather than precisely from steeple to steeple, however the course was testing enough. With going that was judged good, entries were strong giving some exciting finishes. No more so than in the AGA ladies open race. With Sam Drake and Jacqui Coward well placed in the AGA total control point championship it was always going to be a close run battle. It was Sam Drake and the plucky Keeverfield, which struck out for an early lead and battled on to the end to take the winning 10 points, with Jacqui partnering Narciso hot on her heels. These Yorkshire girls are putting in some fine performances and nothing would give us more pleasure than to see a Yorkshire lady take the championship at the final in Cheltenham. 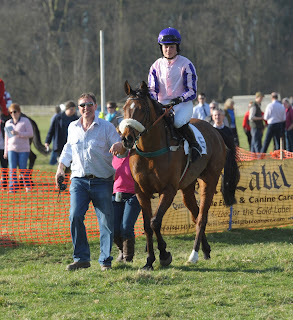 For ourselves we were lucky enough to have the ‘Top Brass’ up from AGA to support us. David Simpson head of Marketing and sponsorship at AGA made the trip up from Shropshire to present the prizes and share some pre race banter with the owners. His wife Cindy joined him and judged the best tuned out in the paddock.  Furthermore the services of Derek and Chris, ‘the Men in Black,’ shirts provided the muscle power and the top tips for our betting forays. Well perhaps ‘top tip’s wasn’t exactly the most accurate phrase. But we did learn some kind of system from them. Initially they devoted hours trying to explain the finer points of betting and odds to us. We think we had grasped it by the end of the day. Basically we had worked out how to simplify their system. If they were betting on a horse then we didn’t.  It more or less worked and we think we came away with more than they did in terms of winnings! 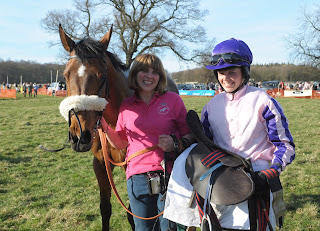 We saw old friends and made some new ones and got a suntan to boot! A big well done to all the riders today and a special ‘kick on’ to Sam, and her industrious Mum, in their AGA total control championship challenge.   See you all at Bedale, our next sponsorship opportunity in Yorkshire. 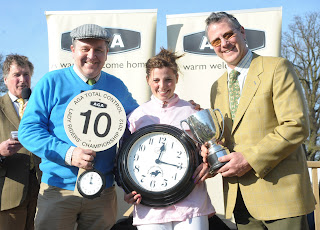