Last week we travelled south to the stately grounds of Sandringham House to take part in the World Para Carriage Driving Championships.

It was the second year that Country Warmth had been involved with sponsorship at the prestigious event, however it was the first year that the Para World Championships had taken place at the venue and we are competing with our Welsh section D cob ‘Larry’ ably driven by our Swedish friend Birgitta.

We were blessed with good weather as the vet checked us into the stable area, along with competitors from eight different countries.

Later that evening we enjoyed a ‘Nations Night’ whereby each country supplied food and drink that is typical to its homeland. We sampled moose salami from Norway, Gouda cheese from Holland, Guinness from Ireland, Pimms and strawberries with cream from Great Britain, maple candy from USA and waffles from Belgium washed down with black current schnapps from Germany.

As we were competing with a Swedish team our contribution was a hard cheese with cumin seeds and soft cheese spread with fish roe all served on traditional Swedish crisp bread. We washed this down with a choice of herb vodka and delicious red berry cider and liquorice sweets! It was a fun evening enjoyed by all, some consuming rather more schnapps that others…! 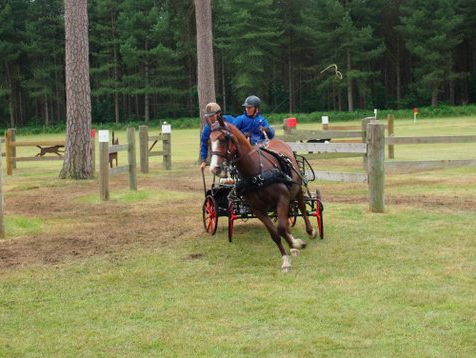 Thursday was taken up with vets trot up and walking obstacles and selecting our route for Saturday’s marathon. We attended the opening ceremony in the evening in the Royal company of HRH The Duke of Edinburgh. It was through his interest and tenacity that Carriage Driving became such a recognised sport in the UK. 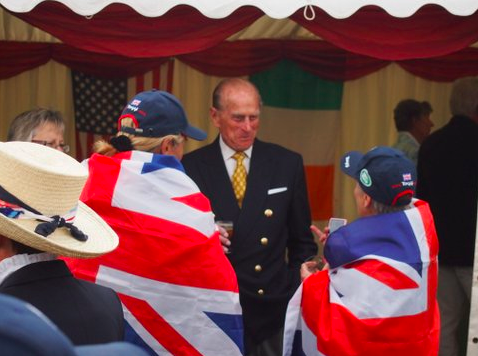 Friday was dressage day and unfortunately the weather broke in the afternoon so our test was conducted in the middle of a thunder storm! However, Birgitta and Larry were undaunted and posted a very respectable 4th place. We then had to dry all our clothes and equipment in time for Saturday’s marathon. Shame we didn’t have an AGA in the horse box to dry everything on! 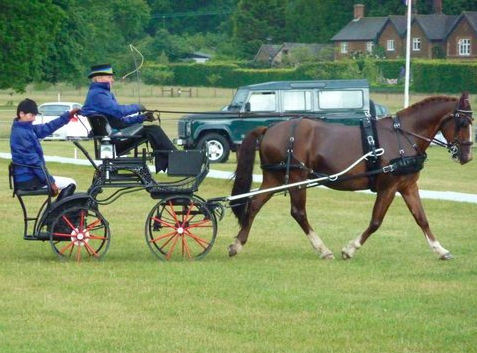 Luckily the rain held off for Saturday and although the tracks around the estate had taken a lot of rain, the sandy soil had drained well to ensure acceptable driving conditions. It was a tough marathon with six obstacles all with tricky elements including water to go through and bridges to cross. The leader board had many changes but everybody had made it home in one piece. 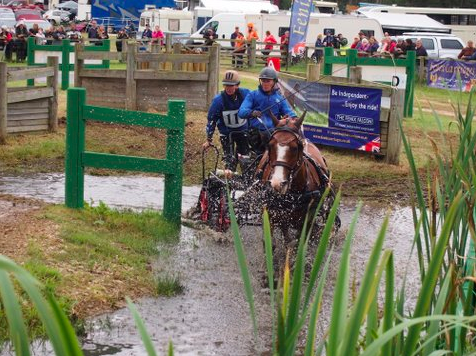 Sunday morning saw a technical cone course with two zigzags to drive and several tight steps between cones. The scoreboard again reflected the change in fortunes for some competitors. Our combination coped brilliantly to climb a place and finish in 6th place. We felt we had earned every inch of this placing and we were proud to have competed at such a super event! 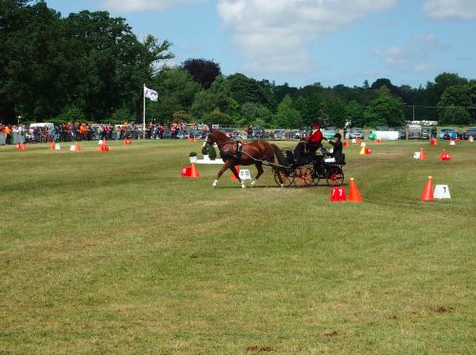