We had a great day at the shop last weekend for Tour de Yorkshire! The day dawned with grey skies and a chilly wind but at least it was not raining!

We made sure we had several AGA’s switched on inside the shop as standing by a warm and cosy AGA was going to be a winner given the chill outside (and we weren’t wrong!) 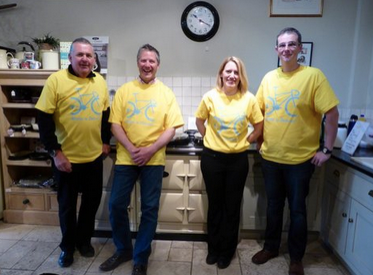 We had freshly baked chocolate muffins and bags of homemade biscuits for sale along with tea, coffee and squash. We set up a table at the front of the shop with all our wares displayed. 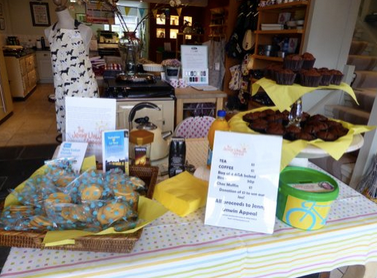 One of our first visitors was a Dutch cycling enthusiast who came in for directions. He was apparently cycling the route in advance but seemed to have got a bit confused with the signage and where to head next. With the help of our office map we soon had him on the right track! He joked that he was one of the competitors and was currently in the lead. 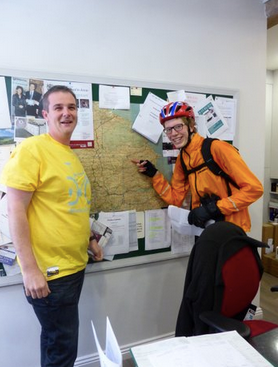 We then had a steady stream of visitors throughout the day, both before and after the race. For the duration of the race being in Norton we actually closed the shop and all went outside to watch the spectacle. It was an amazing sight, the cyclists were traveling very fast and so close together. The different colours of their jackets made a really strong visual impact, like a load of different coloured paint pots being spilled out over a page. Norton high street was buzzing, alive with locals and visitors alike cheering and waving. We felt very lucky to be involved with such an event and having it pass so close to the shop was a real bonus.

We had all donned our yellow Tour de Yorkshire t-shirts for the day and were thrilled when Ray King, Northon’s Mayor popped in. We even got a picture of him with a blue bicycle stencilled into his hair! 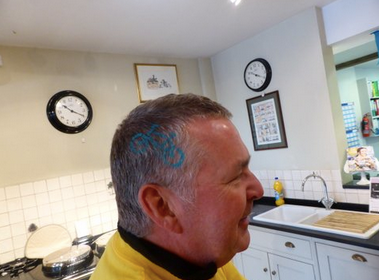 The really important part of the day for us however was selling our goodies to raise money for the Jenny Unwin Appeal. People were very generous (and hungry). All our chocolate muffins went as did most of the biscuits. As it was such a cold day the lure of a cup of tea and a sit by an AGA was irresistible and we were thrilled to have raised £45 for Jenny’s appeal.

A big thank you to everybody that helped both us and Norton to make such a success out of the day the Tour de Yorkshire came to town.

All that remains now is to get a very woolly Eric the horse out of the library and back into his stable at Malton equine laundry! 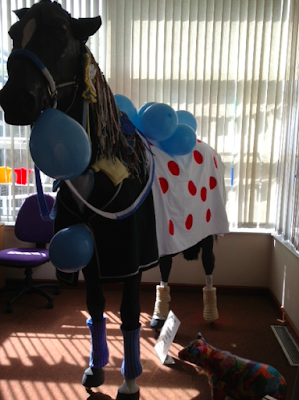