Autumn leave are falling but wow, what a summer we’ve had!

We have been busy with show season, out and about in Ryedale and North Yorkshire with our show trailer.

Shows have ranged from The Great Yorkshire Show to The Malton Show, Driffield Show, Ryedale Show and Egton…

After a sweltering Driffield Show, the weather reverted to the usual British mode of sunshine and showers – with folks gathering under our canopy to shelter from the downpours! To brighten things up we had the lovely Aqua coloured AGA on display, giving us a taste of a summery pastel shade. 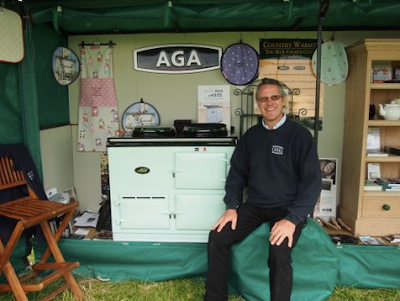 We took a large range of AGA related textiles with us, selling especially well were the Range Roller Towels that press stud together around the AGA handrail. Our last show was Egton. The attendance must have been up, as the show ground seemed very busy. We met lots of regular customers and some new ones as well. We also met Fairly Scrumptious, the Fair Trade cup cake bakers. We were delighted to see them wearing one of Mrs Madden Makes Aprons purchased from us at The Malton Food Festival. Naturally we had to sample some of the delicious baking on sale! We thoroughly enjoyed the gluten free rhubarb crumble cake – light and fluffy and full of flavour. 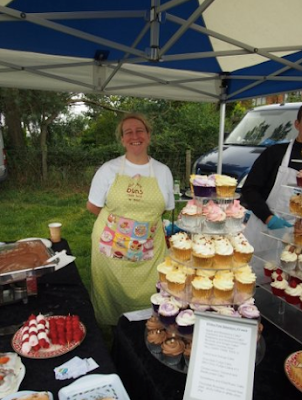 We have also been busy back in Malton organising our showroom to accommodate the new Dual Control AGA cooker. We are officially launching this new electric AGA on September 12th – please contact us if you would like more details.

Another addition to the showroom is the SxS fridge and freezer from AGA. We have it in the cream colour way, it looks extremely smart and would make a fine addition to any kitchen.

Finally, we have been thrilled to sponsor The Sandringham Driving Trials, International Para Driving Class. 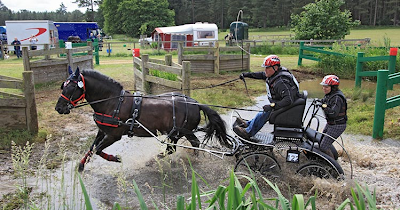 After three days of fiercely competed dressage, marathon and cones first place went to a Brit. Mick Ward was overall winner with a Dutchman in second and our ‘tame Swedish racing driver’ in third place. Birgitta keeps shares her pony with us so we were especially pleased that she won both the Dressage sections and the Cones section of the Competition. Birgitta and pony Larry are now in training for next year’s competition, which will be a World Championship.

Now for autumn and cookery demonstrations!