We recently attended the Middleton Hunt Bake Off. Michael was a co judge along with Aunty Nora, Caroline and Jill. 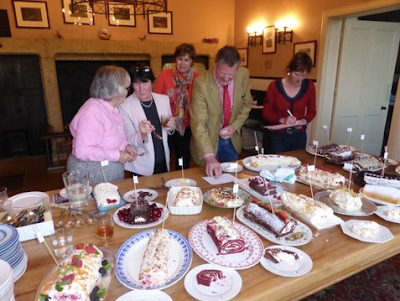 The competition was for the best roulade and was divided into ‘Boys’ and ‘Girls’ sections. What a task this proved to be. As per usual the standard was high. It was made all the more tricky as some roulades were meringue and others were sponge based. All flavours, sizes and textures abounded. 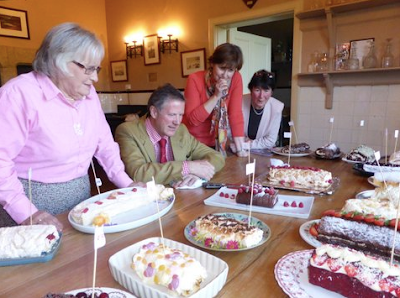 The judges took their job very seriously and decided three marks would be awarded for each roulade. The first mark was for appearance and presentation. This was not a difficult section to make up some good marks – pretty decoration and presentation on an appropriate sized and styled platter gives easy points (top tip for next years competitors – no plastic torn plates or foil trays!)

Secondly was the technical mark. This covered the texture and ‘roll’ of the roulade, particularly noted when a slice was cut. Finally all the roulades were marked for taste. The judges felt that after tasting 20 roulades they were at least a few pounds heavier!

Both sections were a close run between first and second. A red velvet roulade being a particular stunning winner of the ladies section. The gents was equally close but with Tom’s one handed effort just getting the edge with its presentation mark. 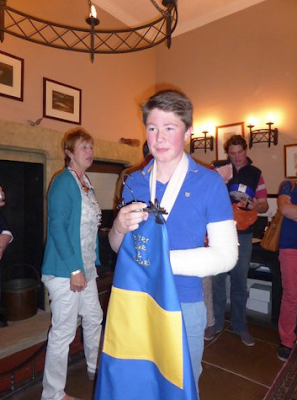 The Booby prize went to a bit of a disastrous Swiss roll masquerading as a roulade!! All the roulades were then consumed as a pudding by everybody. 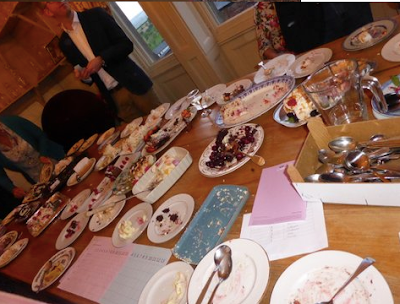 Country Warmth supplied the winners of each section with personalised aprons, hand made by Bev Madden of Mrs Madden Makes as well as a little gift for the Booby prize and some of the lovely new “Top Dog’ AGA oven gloves for the raffle.

A great time was had by all with a generous raffle and an absolutely delicious supper cooked by our kind host Venetia Wrigley. A big thanks to Sue and Venetia and all that helped make the night such a success.