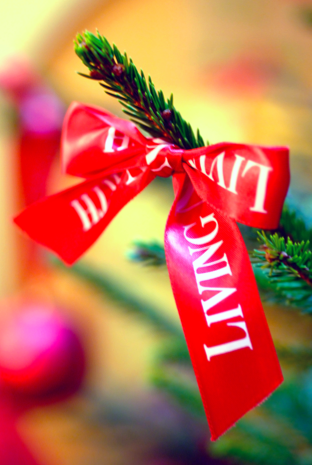 We had a great time at the Living North Christmas Fair. It was well run and supported, so a big thank you to the entire team at Living North! Also a thank you to our lovely neighbouring stands – The Talbot at Malton, Malton Cookery School and Andrew at The Patisserie who had the most delicious cakes and sausage rolls. We had a small enclave of ‘Malton ness’ in the Ebor Stand and it worked very well. Hopefully the folks of York will be encouraged to come out to Malton for the day and sample some of our wares! 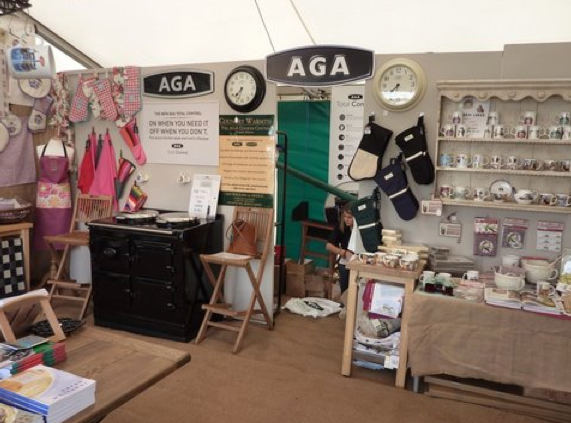 The weather was not kind to us on the Friday with torrential rain most of the morning, however the shoppers in and around York are made of sterner stuff and were not daunted by the black skies and enormous puddles. The Sophie Allport textiles flew off the stand, in particular the winter scene and winter stag designs. These designs come as double oven gloves, single gauntlets, aprons and hob hats and were all very popular. 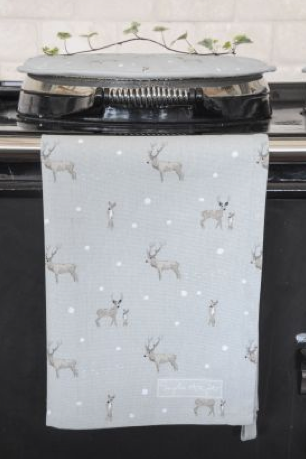 On Saturday the Mrs Madden aprons were popular – with ‘Do my buns look big in this’ being the favourite embroidered logo! Also popular were the Richard Maggs Christmas Tips books. These pocket sized books make super stocking fillers. Richards other book ‘AGA Know How’ was another popular choice. A lot of new AGA owners have very thoughtful friends that carefully considered what to buy their new AGA owning mates (the friends may also have a vested interest in terms of wanting the new owners to cook them dinner on the recently acquired AGA!) 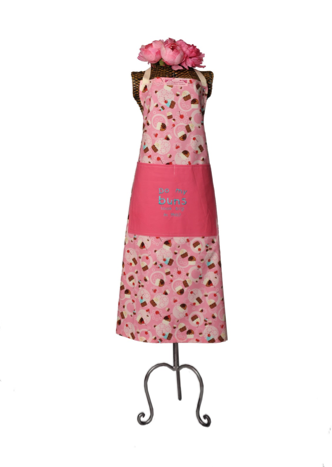 Sunday saw more people making a start on their Christmas shopping. Stocking fillers such as The 4 ages of man / woman tea towels were the flavour of the day. One lucky lady will get a beautiful cream AGA 8 mug teapot for her present. Apparently she loves to have all the family around for tea and the eight mug pot will do a whole round of tea in one brew! 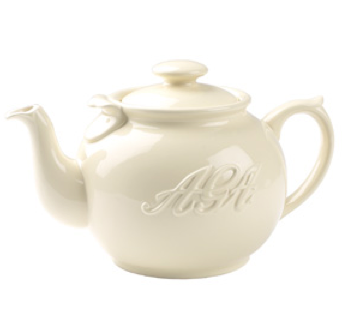 We didn’t have a lot left to pack up, but what we have has gone straight in the van to go to Terrington School Christmas Fair taking place tomorrow. We have raided the shelves of the warehouse with some more Christmas goodies to take to the next fair, let’s just hope the weather is a bit kinder to us!