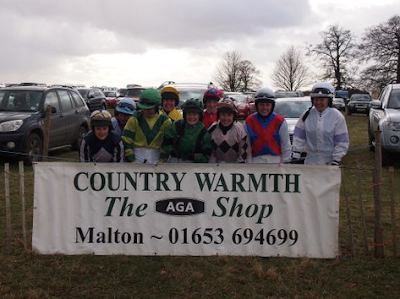 ‘Its tough up north’ would have been an accurate description of Sunday’s event. With the thermometer barely scraping above zero and cruel north easterly winds bringing sleet and snow flurries it was not a day for the faint hearted. However as the saying goes ‘when the going gets tough the tough (get going) go to Charm Park’.
Charm Park is fortunate to have good draining land and old turf allowing the races to go head on what could have been very soggy going. As it was the going must have been exceedingly sticky and I suspect this had an impact on the overall number of non-finishers. When we arrived horseboxes were being towed on to the field however an appearance by the sunshine cheered everybody on.
We trotted around with banners, cable ties, and baler twine. Decking out the paddock to our satisfaction we set up the prizes display. Highly visible thanks to the bright pink AGA point-to-point tee shirts. 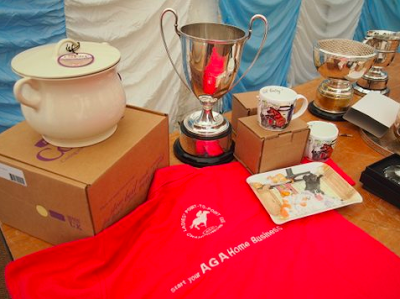 After our initial set up duties we were invited to sample the exceptional hospitality provided by the Derwent supporters. These folks should be running an outside catering company – such was the standard of the food being served up. The presentation and floral arrangements would put many wedding venues to shame. I cannot stress what a friendly group of organisers and supporters surround this point-to-point. 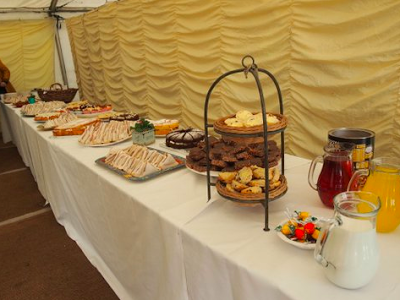 We saw friends and fellow business traders at this popular venue. No one more loyal in her support and dedication to the local point-to-point community than Wendy from White Rose Saddlery, nursing a cruciate ligament injury, but still working hard. See her web site for extensive stock www.whiterosesaddlery.co.uk 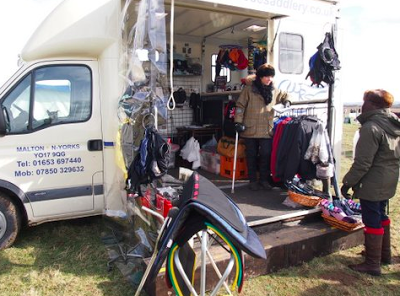 With the ever helpful Charlotte pointing us in the right direction for what to do next, we set off to the paddock to judge the best turned out.
A difficult task to pick a winner as there were three strong contenders, however the grey Green du Ceil looked so striking and immaculately plaited. Striding around in his racing green colours he had to be our winner. Well done to Jo masons groom (apologies we don’t have her name). 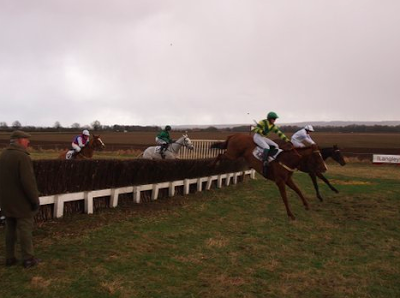 The race itself was fantastic and probably the most competitive of the day, in the end optimistic Harry having lead for quite a way, nearly lost his crown to Minstalad, but held on to take first place. A delighted jess Gilliam was deservedly thrilled with her run.
Poor Jacqueline Coward had to nurse a bashed face and nosebleed after her mount Pevensey objected violently to heading to the start.
Michael presented the trophy and the Coalbroodale Pot to a thrilled owner Miss Barr. An equally delighted Jess took AGA memorabilia for herself and her groom. 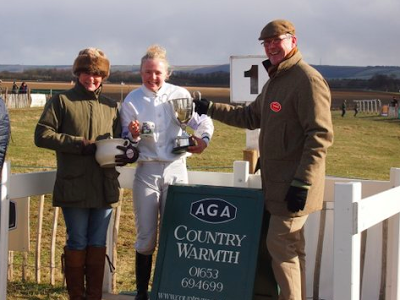 All in all a great day in spite of all the weather could hurl at us. A huge thank you to all the people who make these point-to-points such fun and of course to the riders, trainers and owners who work so hard to give us exciting races. 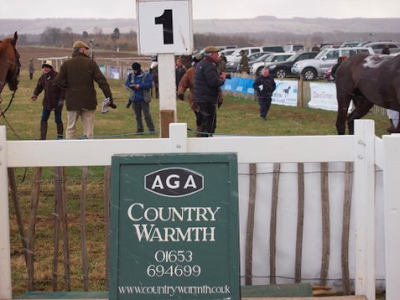