A Visit from a Champion 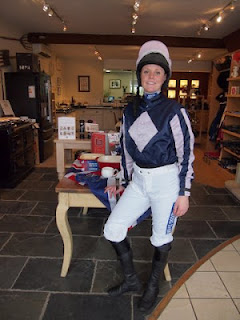 Fresh from her success at Cheltenham Jacqueline was happy to spend some time telling us about the exciting race and her plans for next year’s season.

Jacqueline started riding at a very early age and at sixteen, as soon as legally allowable she rode in her first race. She still remembers that day at Charm Park on Double Rich. Despite falling off her spirits weren’t dampened. “I loved it” she grinned. 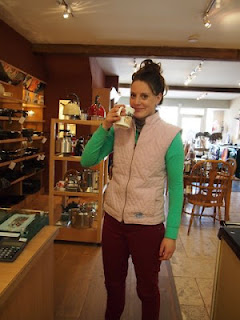 However the ‘sensible parent talk’ followed and Jacqueline was not allowed to go straight into horses from school. So after A Levels she went on to do an art foundation course. If she wasn’t riding now she would have followed a career in fashion or textile design. 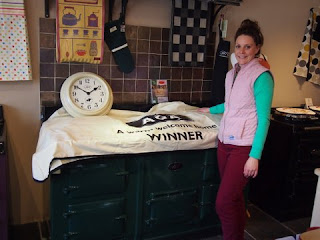 Now mornings start at 7am with early feeds and the first ride out at 8am.  With exercising until lunchtime and then general yard duties and errands filling the afternoon.

And it’s clearly a family operation. Cherry (mum) and Jacqueline produce the horses, Sam (sister) does the entries and the admin, whilst Dad is left in charge of the cooking. They have a big range cooker and the whole family enjoy traditional dishes such as roasts and casseroles to keep them marching on. 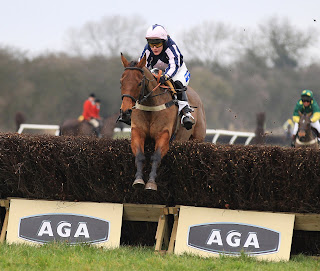 All this and the family have a successful business ‘Beryl’s crockery hire’ too.

Jacqueline’s partner at Cheltenham was the plucky Amecelli. He was no stranger to Cheltenham having won the foxhunter chase under the Greenall’s patronage, however it wasn’t until they decided to move him on that Jacqueline got her opportunity.

However it hasn’t all been plain sailing for Jacqueline. Only a few years ago she had to be airlifted to St James Cook Hospital with serious injuries. There were worries that she wouldn’t even walk and talk again never mind ride again. Perhaps they underestimated her determination and her desire to get back in the saddle. 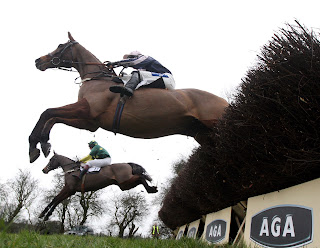 As the saying goes something good comes from something bad and with the insurance money from Jacqueline’s accident plus a coppering up from the whole family Amecelli was purchased and so started a new phase in his career.

He is clearly ‘loved to bits’ up at the stables, being a real character, Jacqueline calls him a ‘proper girly horse’, whether that means he likes a cup of tea, a gossip with pals and pink nail varnish or maybe that he is a sensitive soul we’re not quite sure! 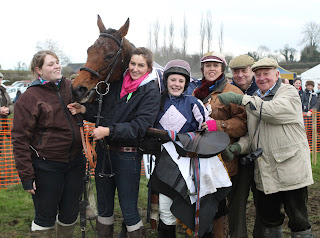 Amecelli led from start to finish at Cheltenham and saw off a strong challenge at the end from Billywadden. Perhaps some credit here should go to the training skills of Jacqueline’s’ mum, in helping to produce him to the peak of fitness for the big day.

The Cowards have a good racing pedigree being descendants of the Easterby dynasty but on the day all credit must go to the determination and skill of the jockey and her steed. In Jacqueline’s words “Amecelli is one in a million”.

As for plans for next year’s Point-to-Point Championship, Jacqueline’s pragmatic approach is she will leave it to her horse. “He will tell me if he is ready to defend the title”. What a partnership. 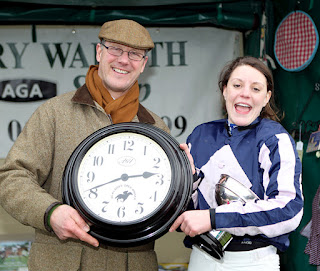